South Australia is recognised as the global centre of Shark Cage Diving. The untamed waters of the Great Southern Ocean, which stretch uninterrupted to Antarctica, are the breeding, hunting and play ground of the Great White Shark.

Port Lincoln, situated on the Eastern tip of Eyre Peninsula, is known as the Seafood Capital of Australia. It’s a 40 minute flight from Adelaide, the South Australian capital. It’s from Port Lincoln that you’ll embark on your shark adventure of a lifetime.

Heading south, your destination – the beautifully rugged Neptune Islands – is a 4.5 hour (40-nautical mile) voyage on our vessel.

It is an exhilarating journey over crystal clear waters, with the salty tang of the ocean air brushing against your skin, to an elemental world of unspoiled beauty. 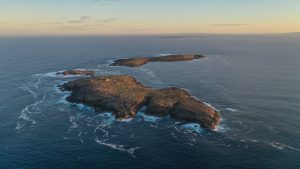 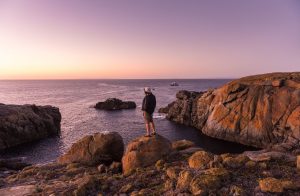