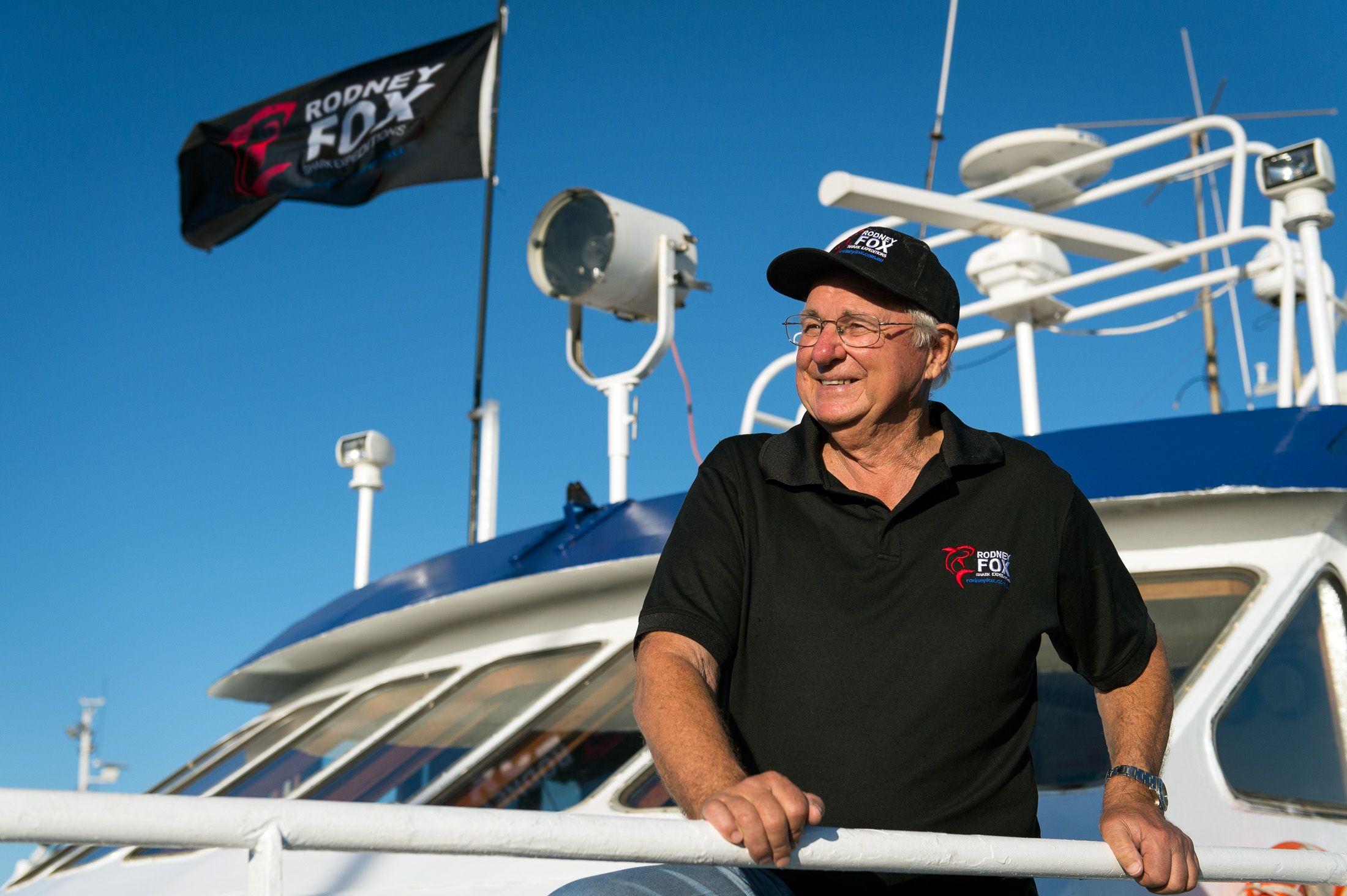 Rodney Fox was born in Adelaide, South Australia in 1940. From an early age, his father took him fishing and he felt a real infinity towards the sea.

The Fox family lived in a market garden area. Their neighbours owned a large concrete water tank where Rodney and the neighbour’s son taught themselves how to swim. They played underwater chasey like water rats.

Through his teens, Rodney spent countless hours spearfishing, bringing home fresh catches of fish and lobsters. This was much appreciated by his mum, dad and four brothers and sisters.

Rodney became the South Australian Spear Fishing Champion in 1962. In 1963, he married the love of his life, Kay. Four months after his marriage, while defending his state championship title, he was attacked by a Great White Shark. The attack happened at Aldinga Beach, 50km south of Adelaide. The events of this attack are unbelievable and detailed in Rodney’s book ‘Sharks, the Sea and Me’.

The fact that Rodney survived is amazing, and due to an incredible set of events that aligned fortuitously in his favour. To this day, his attack is regarded as one of the most severe ever to be survived. In total, Rodney had 462 stitches in his chest, right hand and arm.

Getting Back In The Water

Rodney’s rehab centered on overcoming his fear, getting fit, and eventually returning to the sea. To strengthen and test his badly pierced lung and chest, he went free-diving in the clear, fresh-water sink holes in Mount Gambier.

Exactly one year after his attack, he entered the Australian Spear Fishing Championships in Victoria where he top-scored in three of four events. He also established a lasting friendship with the winner of the open event, Ron Taylor, and his wife Valerie.

Rodney, now fit and healthy, was still fearful of another shark attack. There was a popular saying in those days, ‘Sharks are man-eaters – the best shark is a dead shark’. While in hospital, Rodney had received a letter from famous game fisherman, Alf Dean. Alf still holds the world record for the biggest fish caught on rod and line, a Great White weighing in at 1208kg/2664lbs. In his letter, Alf wrote “If you had seen what I’ve seen, you would hang up your dive gear and never go in the water again.”

Rodney contacted Alf, who agreed to show Rodney how he attracted and caught his record sharks. At the end of the trip, rather than being thrilled by the 5 dead Great Whites, Rodney regarded their catching and killing as quite senseless. However, he was fascinated by these prehistoric creatures and felt they were being portrayed more fearsomely than they actually were.

The inspiration to build a shark cage came from a visit to Adelaide Zoo. Rodney and Kay, accompanied by their small niece, were looking at the caged lions – man-eaters in their own right. Instantly he came up with the idea of reversing the role. He would build a steel cage, lower it over the side of the boat and get in the cage to safely view the Great Whites – he would see for himself if they deserved their vicious reputation.

Rodney drew up plans and had the two-man cage built. He organised a new tuna boat (with the owners keen to be involved!) and found sponsors for the first-ever cage diving shark expedition. With guests, Great White Shark attack victims Brian Rodger and Henri Bource, Rodney invited Ron Taylor to film the expedition in partnership with him. This was the first time Great White Sharks had been filmed underwater. It was a turning point in Rodney’s life. He discovered Great Whites were not crazy man-eaters, but fascinatingly cautious creatures. They preferred the bait (to the man in the cage).

The Start of the Movies

Rodney, Ron and Valerie’s film, ‘Attacked By A Killer Shark’, was a great success and shown in many countries of the world. At this time, Rodney had also begun to dive for abalone, pioneering the industry in Australia.

A few years later, they were approached by Steven Spielberg’s production team to film the live footage on his blockbuster JAWS. The film and the footage put South Australia on the world shark map. Today, South Australia remains the global home of Great White Shark Cage Diving.

In 1976, shortly after JAWS was released, Rodney received a request from an American dive travel company wanting to bring their clients on a Great White shark expedition. Rodney happily obliged, and it became the world’s first Shark Cage Diving Tour – the first of very many as it turned out.

As well as being exhilarating, life-changing experiences for his guests, Rodney found the Shark Tours were a great way to educate people about Great Whites and other species of sharks.  Rodney continued to run tours and make films until 1999. By this time, his son, Andrew had become an integral part of the operation. Educated with a science degree, he is a world-renowned underwater photographer and a highly regarded advocate of the Great White Shark.

Rodney’s passion for the Great White continues to this day. He is a key speaker at many international conservation and diving events, gives motivational talks at schools and organisations around the world. He is an amazing man who has led an amazing life, turning a near-fatal shark attack into a life of discovery, ingenuity and passion.

If you’d like to know more about Rodney Fox’s incredible journey, his autobiography, ‘Sharks, the Sea and Me’ is available at the Shark Shop. Rodney Fox has also won an Award for his children’s book, Sharkman. 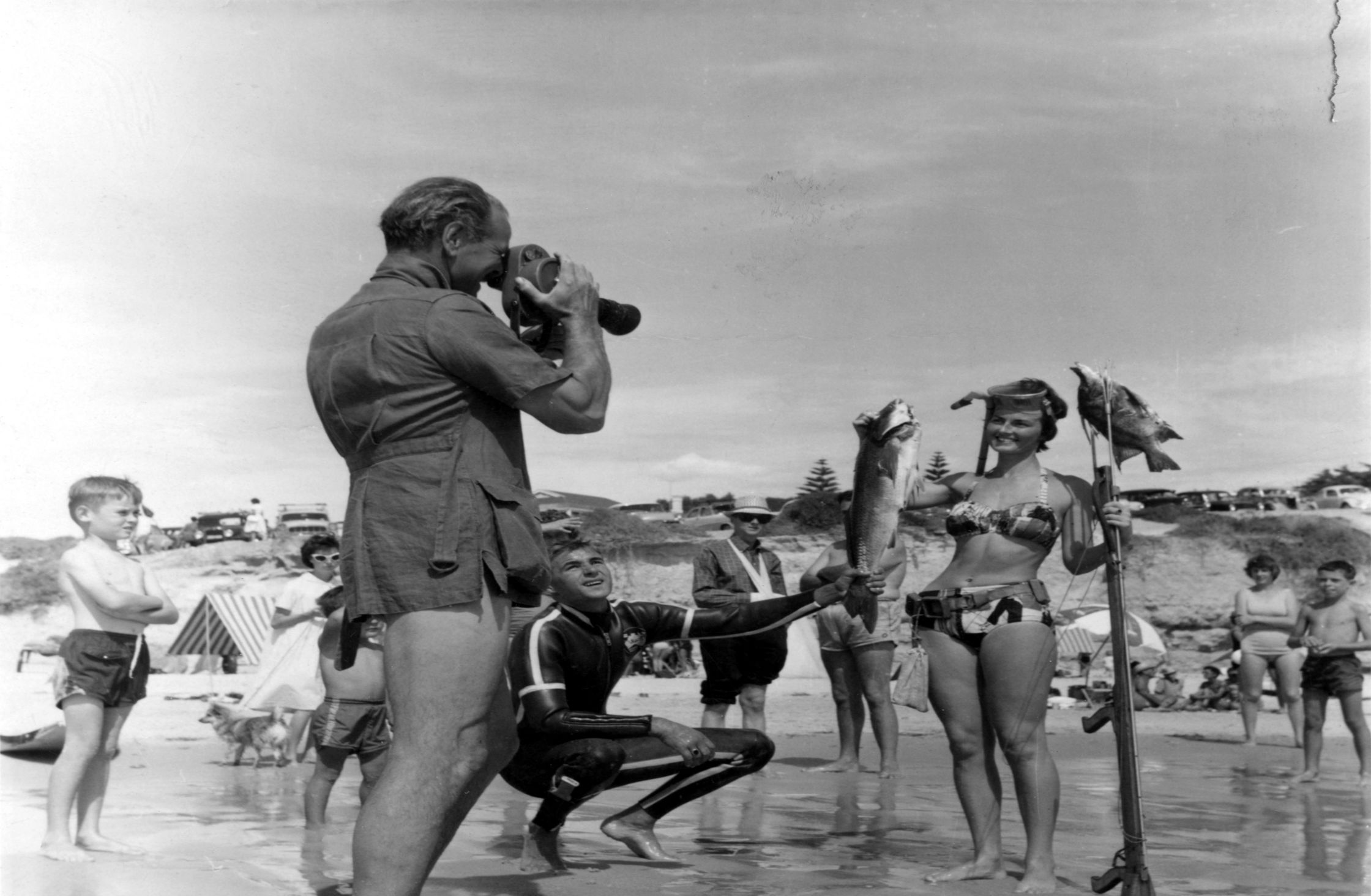 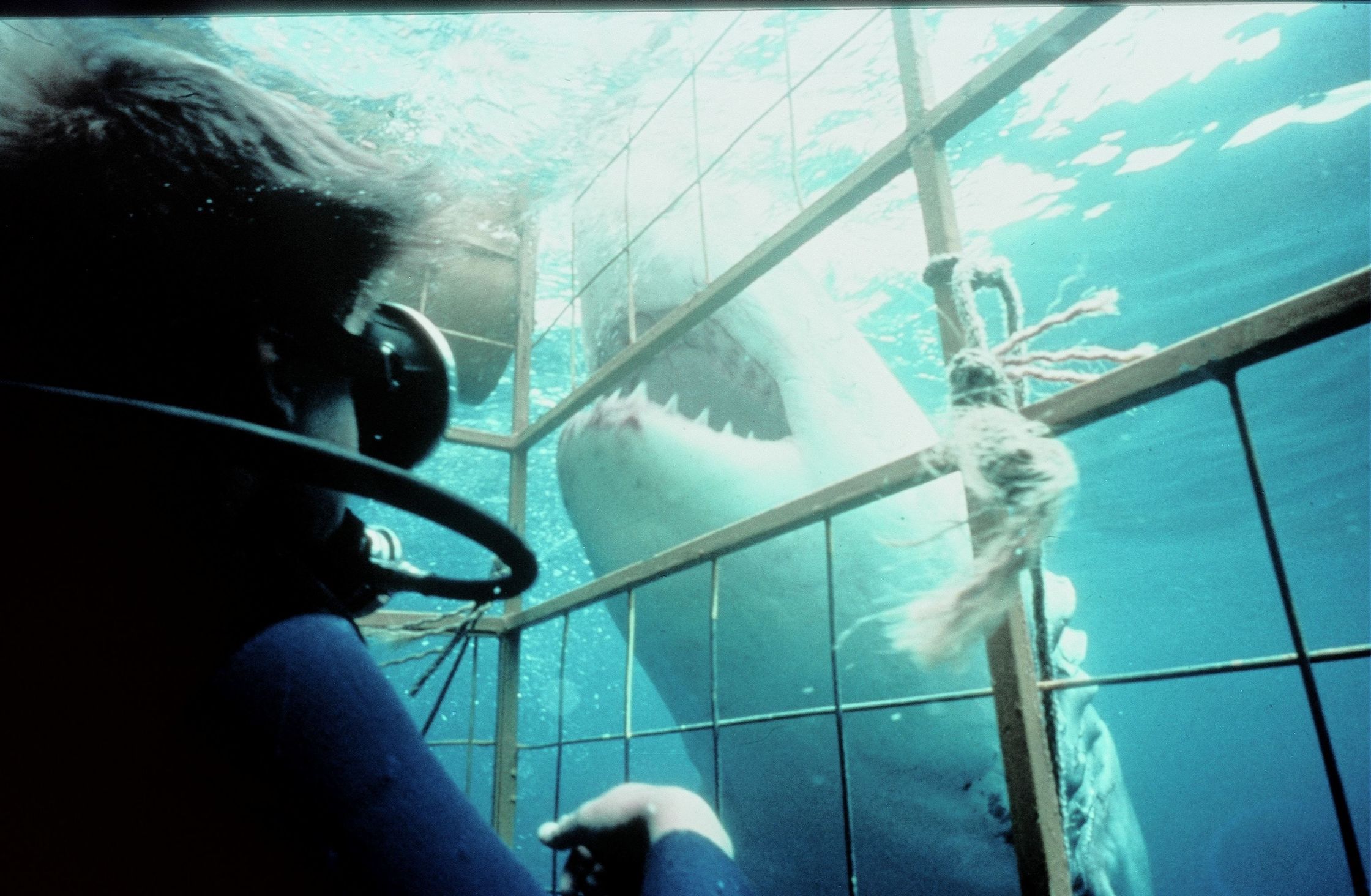 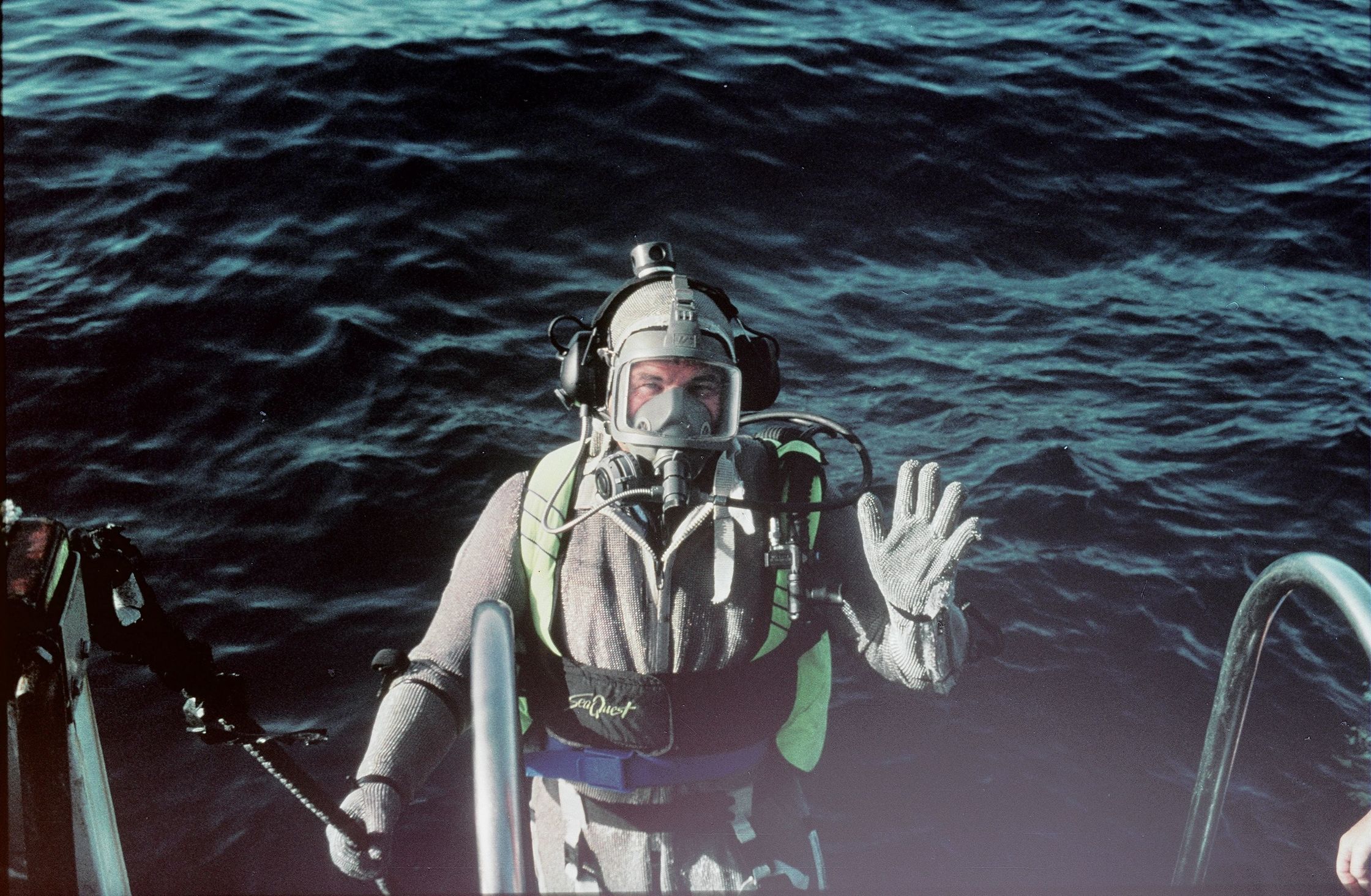