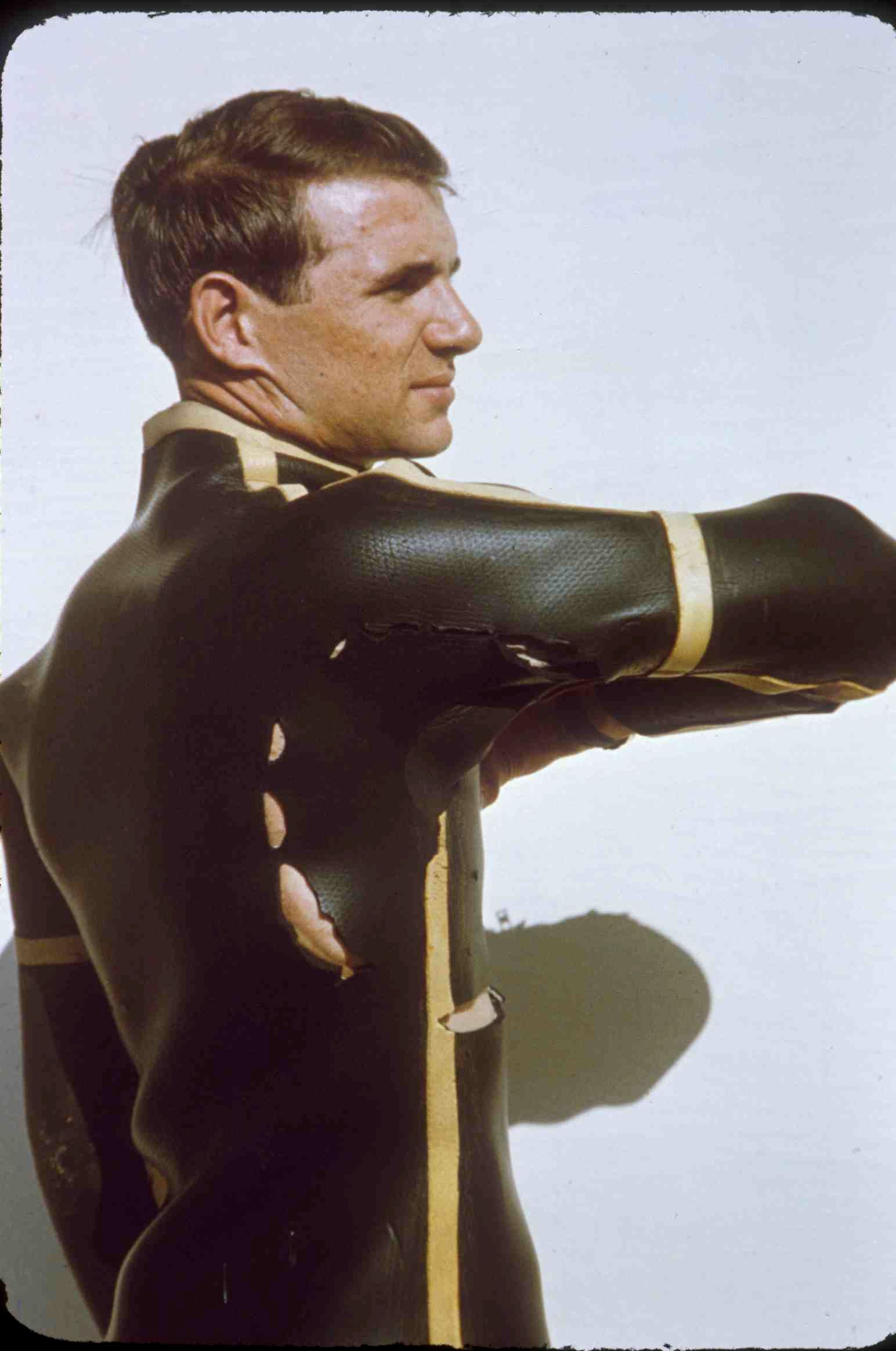 Great White Sharks are our passion. You might say it’s in our blood, what we do and why we exist.

It began in 1963, when Rodney Fox was savagely attacked by a Great White while defending his Spear Fishing Champion title off Aldinga Beach, South Australia. It changed his life, and he became fascinated with the primeval creature that had almost killed him.

In those days, Great Whites were seen by the public only as ‘man-eaters’ that should be hunted and killed, and their jaws kept as trophies. Today, there is a more balanced, respectful view, as we continue to learn more about the behaviour of this amazing animal.

Rodney Fox is a pioneer. He invented the Shark Cage (inspired by a visit to the Adelaide Zoo) and along with camera team, Ron and Valerie Taylor, was the first to capture underwater footage of a Great White. During the sixties, Rodney also hosted other documentary makers, thus becoming the first Shark Cage tour operator. He almost single-handedly redefined the public perception of sharks. Then, in the early seventies, he and the Taylors provided all the ‘real’ footage in Steven Spielberg’s, JAWS. That’s when the Shark Cage phenomenon really kicked off on a world-wide scale, and South Australia became the global home of Shark Cage Diving.

For the last 50+ years, Rodney’s passion has influenced and affected the attitudes of individuals, organisations, and governments. He was the first person to give sharks a voice, and one of the key advocates involved in making the Great Whites a protected species in the 1990s. However, the person most influenced by his passion was his son. 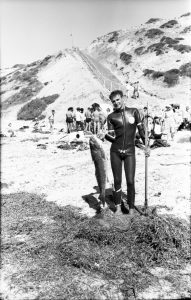 Andrew Fox was born to an ocean life filled with Great White Sharks. In his own right, he has become a world-renown shark expert, photographer, and filmmaker. He has spent more time underwater filming sharks than anyone in the world, and can recognise hundreds of sharks by sight. Andrew took over the running of Rodney Fox Shark Expeditions in 2001. With his father, he established the Fox Shark Research Foundation (the first of its kind in the world).

Mark Tozer, another local family business man joined the business in 2019 as a business partner to Andrew.

Experiencing the Great White Shark with us is a life-changing adventure. You’ll be in the hands of highly qualified professionals who are happy to share their wealth of knowledge, and who still get a rush out of seeing ‘old friends’ as well as new additions to the Great White family.

We are very appreciative of all our guests because every tour contributes to our knowledge and research of Great White Sharks. We’ve always had and always will have a shark-first policy – these fascinating creatures and their environment deserve to be understood and protected. As Rodney has always said, “It’s better to respect through understanding than kill out of fear.”