Life In The Shark Lane

Andrew Fox was born to a life of sharks. As a baby, he was party to the many planning sessions his father Rodney, was having to make the first-ever documentaries filming great white sharks. His early childhood was spent in the backdrops of movie sets.

The oldest of three children, Andrew was the one who inherited his father’s affinity and fascination for sharks. He loved the beach and spent hours exploring rock pools. At the age of seven, Rodney took him out on his first Shark expedition. This was much to the dismay of his mother Kay. Andrew saw his first Great White Shark at night, at the aptly named, Memory Cove. Standing in the boat and peering over the side, he can still picture the torchlit image of the huge head of a large shark lifting above the water to view him. 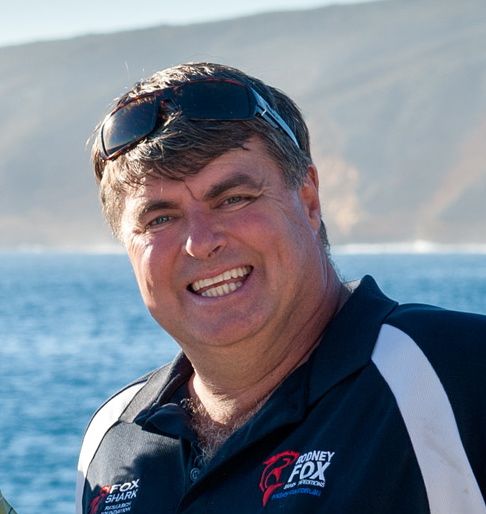 After that first encounter, Andrew Fox was hooked, he spent as much time as he could (usually during school holidays) out on the boat with Rodney, absorbing all he could about these amazing creatures. After he finished high school, Andrew studied Environmental Science at Flinders University (in Adelaide) and began working in On + In Surf Shop, which was part of the family business. Yet, he still took every opportunity to get back into the ocean with the sharks.

After Andrew finished his degree, he focused on running the Shark Tours while conducting research into the behaviour and ecology of the Great Whites. Andrew became adept at observation, identifying things about Great Whites that no-one had previously recorded.  Behaviour, social hierarchy, the way they move, pigmentation variations, breeding habits and even personalities. Today, Andrew can identify (by name) hundreds of individual sharks. It is part of the special affinity he has for these amazing creatures.

His keen observation skills led him naturally into photography. His photography and film library is amazing, cataloging over 1000 individual sharks. He has spent more time in and under the water filming, photographing, and observing great whites than anyone else on the planet.

In 2001, Andrew and Rodney with Dr. Rachel Robbins established the Fox Shark Research Foundation. It was also the time Andrew began taking over the helm from his father, and making Rodney Fox Shark Expeditions more of a full-time, tourist experience. The research required funding, and Andrew reasoned the best way to fund it was to offer people an unforgettable live-aboard Great White experience – they had pioneered the Surface Shark Cage and had (and still do!) the only Ocean Floor Shark Cage in the world.

It has become a very successful marriage. Each Rodney Fox Shark Expedition is a thrilling encounter with sharks and the world they live in, but it is also a Research operation. Every trip, Andrew observes or learns something new – his little boy’s fascination burns brightly in the man.
Andrew is a recognised globally, as a leading authority on Great White sharks. He’s often approached by media to give his opinion on environmental issues, shark attacks and shark culling. His balanced point-of-view is highly respected in Australia and overseas.

Andrew Fox is a special host on-board many of the great white shark tours. 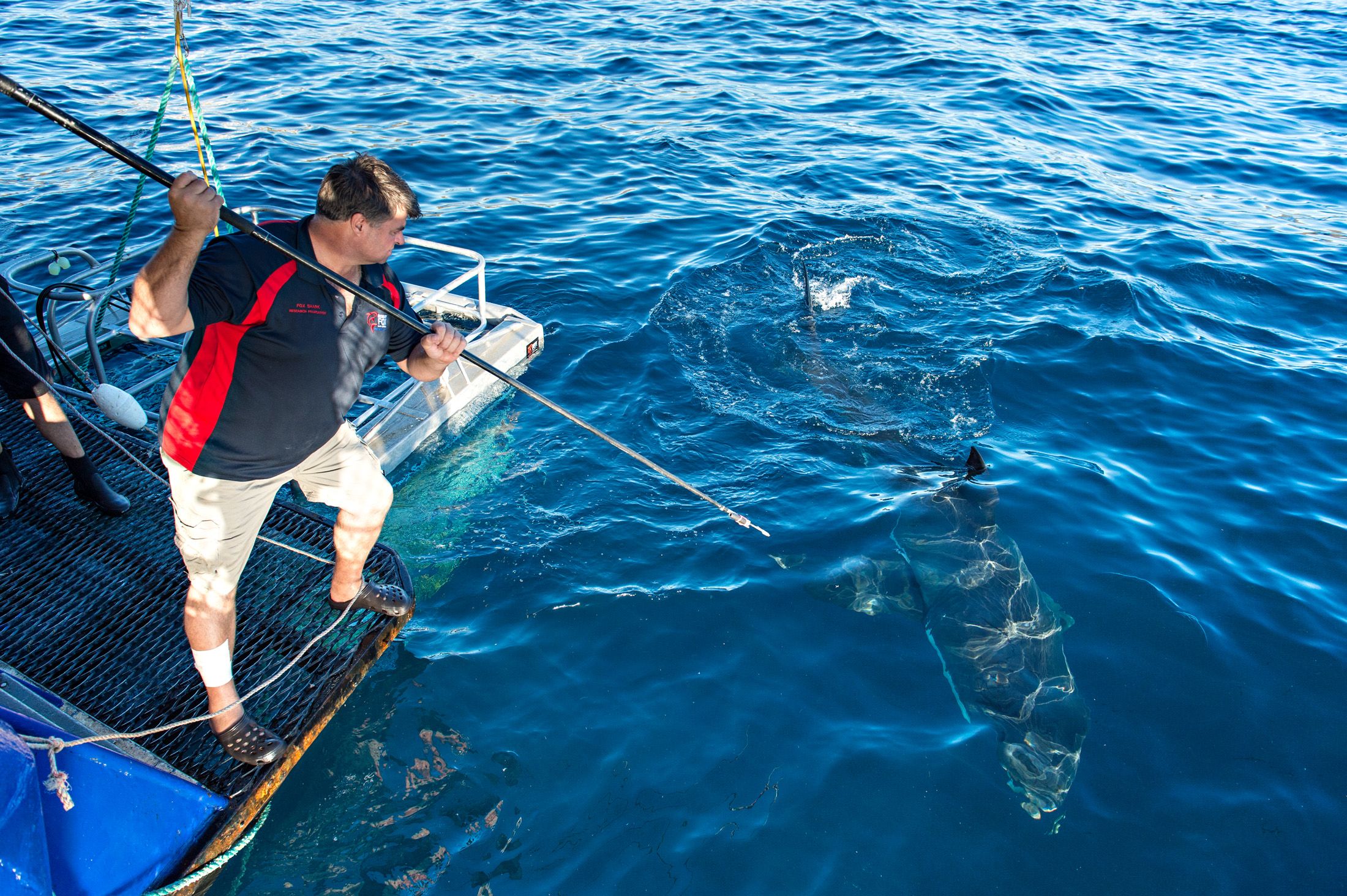 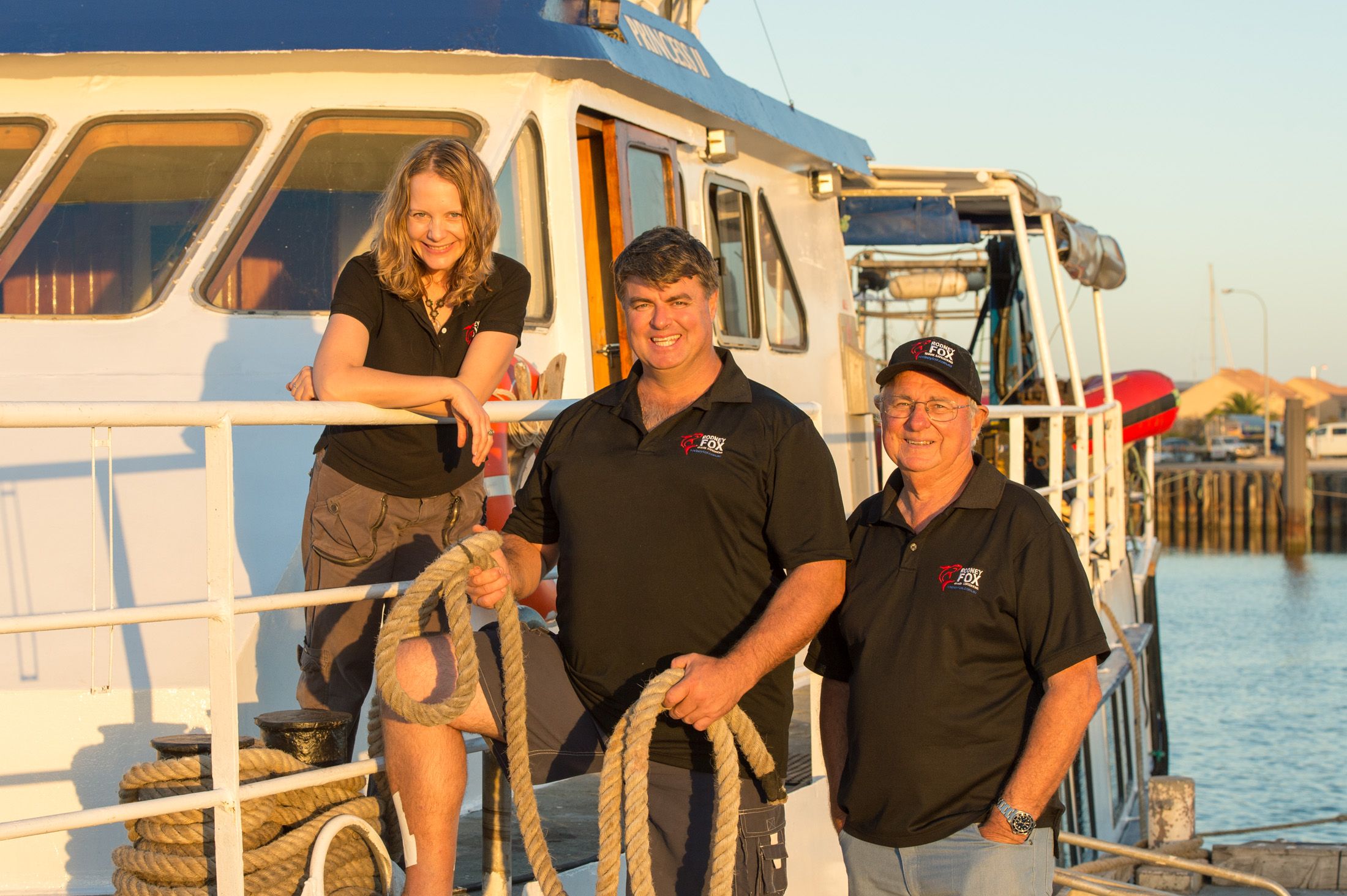 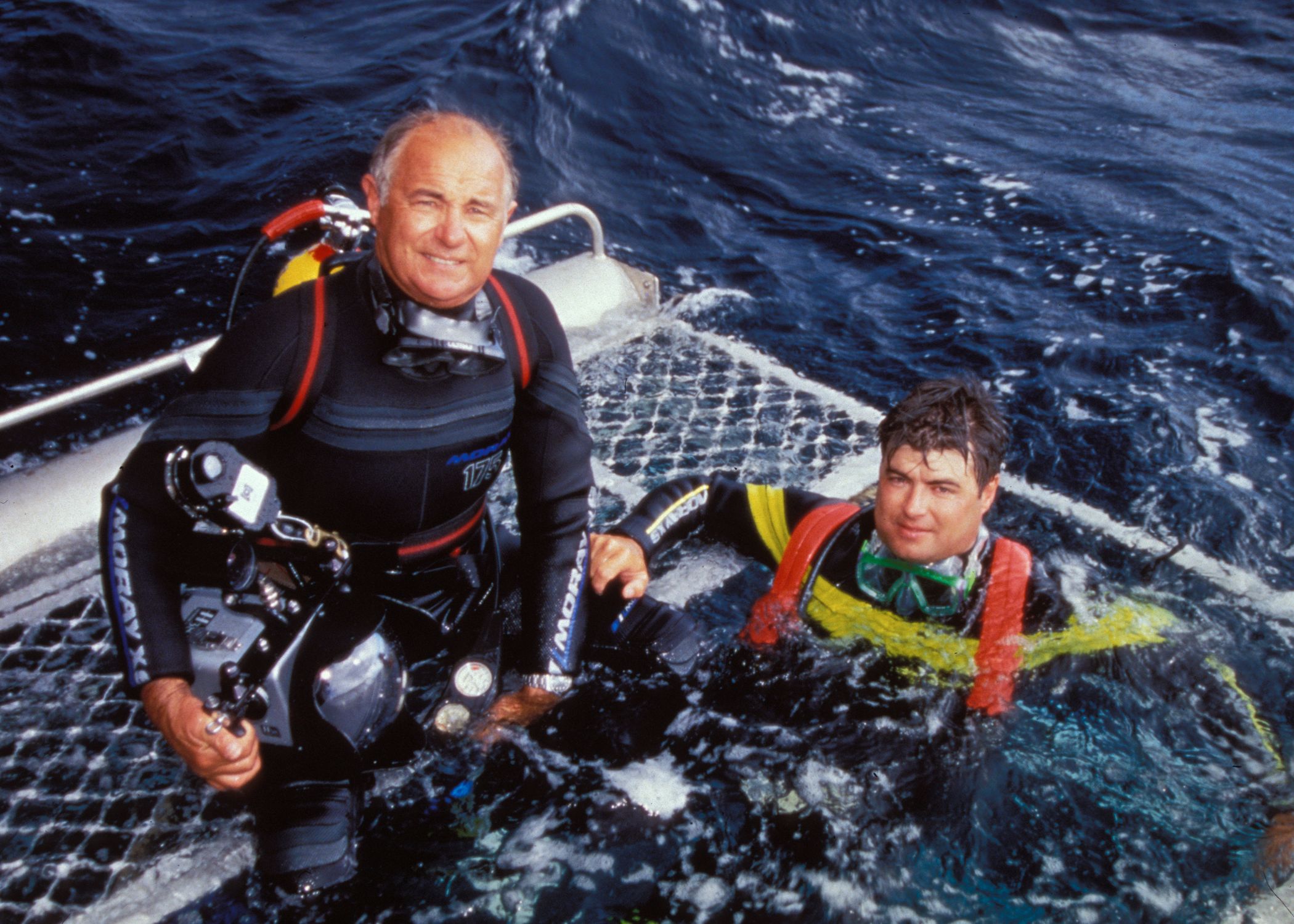